Before I answer that, let’s consider WHY I’m a drum teacher. I have always been passionate about drumming and believe that an excellent musical education can enrich one’s life culturally, socially and philosophically. Music has always been central to my enjoyment of life and I hope, as a tutor, I manage to communicate that to my students. Unfortunately, though, how I started out as a drum teacher is a little more mundane…

Can Anyone Be A Drum Teacher?

Personally, don’t think there’s such a thing as a conventional route to becoming a drum tutor.  There’s an old English proverb that states ‘necessity is the mother of invention’ and in many respects, it’s true. It means that if you want to do something enough, you’ll find a way of doing it. Now, the truth is, I never set out to be a drum teacher, but in 2005 after my PhD funding had run out, I found myself unemployed with rent and bills to pay.  I was fortunate enough to have parents who could afford to bail me out for a month or two, but eventually I had start claiming housing benefit and job seekers allowance (yes – I was a doctor and I was on the dole: let’s just call me, Dr Dole).

All the while, I was job hunting, but if you’ve ever looked for a job when you’re at the bottom of the ladder or considering changing career, you’ll know how demoralising it can be.  There are plenty of jobs for admin assistance and receptionists, but very view for avant-garde musicians. After five years in academia writing my thesis, the thought of being a lecturer filled me with dread, but in my financial desperation I realised I could potentially earn some money teaching people how to play the drums.

Did I have any doubts about becoming a drum teacher?

Err… yes! I had a ton of doubts about becoming a drum teacher, and I also had a fair few people telling me I shouldn’t do it.  Starting a new venture is like taking a step into the unknown and although I could play the drums, I’d never run a business or, for that matter, taught anyone to play the drums. Some of my doubts / worries included:

For the first six months or so, I was winging it. I was learning how to teach the drums while my students were learning how to play them. Initially, I didn’t teach drum grades, so I had to draw upon the resources I’d collected over the years, e.g., exercises and pieces my drum teachers had taught me, patterns I found online, and things I’d made up myself.  I’d say it took me a further two years before I really understood my role as a drum tutor and had developed some teaching chops, because teaching a musical instrument requires a subtly different approach for each student. People learn at different rates, and it’s only really when you’ve taught a lot of students that you can draw upon your experience to help them appropriately.

2. Am I going to find any students?

This is still a genuine concern! Finding new students is never easy when your competitors are beating you in the Google ranking stakes. However, in the beginning I was one of the only drum tutors in Leicester with a website, and because Google hadn’t become the monster it is today, my site was always the at top.  Also, my location at the time (in the heart of Leicester) was a blessing in terms of the number of potential clients; however, the area I lived in (and in particular the street I lived on) was home to a number of, let’s just say, ‘colourful characters’.

At the end of one drum lesson, as I was showing my student to the door, he turned to me and pointed. There, on the pavement, fast asleep leaning up against the front of my house, was a very drunk gentleman.  I didn’t mind it much, although he had pissed his pants. I tried to move him on by blaring Captain Beefheart’s Trout Mask Replicaout of the window, but he sat through the WHOLE album and only got up when it finished!

Initially, parents were not very supportive of the idea that I should teach the drums. I think they were worrying about the noise aspect because drums are VERY loud and I was living in a mid-terraced property with tenants on both sides. As a result, invested in volume reduction pads which although changing the feel of the kit, reduced the sound level to an acceptable level. For the first few years, the drum kit was in the living room until I eventually cleared out the front room which meant clients didn’t need to walk through my house… which brings us onto…

4. Do I want the general public coming to my house?

The truth is, the more people you meet, the less you worry about it. Inviting other people into my house is not something I even think about these days; it’s part of the job, and I like to make my students feel welcome at their drum lessons.  My teaching room is near the front door, so the majority of my house is still private.  On the whole, since 2006, I can only think of a handful of times when a new client has been so weird I haven’t asked them back!

This took a bit of getting used to and in the early days, although I kept records, they were pretty amateurish; however, over time, I began to appreciate how keeping good records was essential. I got better at doing it, and these days I keep records of everything so I know exactly who paid what and when.

There were probably other doubts too, but if you only concentrate on what could go wrong, you never think about what could go right, and so, putting my doubts to one side and thinking positively, I began offering drum lessons!

Top-Tips on Becoming a Drum Teacher

When I was started out offering drum lessons, no matter how good my Google rating was, clients did NOT appear overnight. I still needed a ‘proper’ job to support myself. Then, thanks to a tip-off from a friend, I learnt about the temporary staffing agency at Leicester City Council and soon I was working within its web development department.  Without this job keeping me afloat, I would never have been able to build up enough clients to become fully self-employed drum tutor.

I built my first website in 1997 at university and for a brief period during 1999 in worked as a web editor in Brighton. At the Leicester City Council I learnt a great deal about web design, SEO, usability and accessibility; core principles which are as important today as they were then, and which I always take into account when designing websites. Being able to build websites has got easier over the years, but I doubt I would have the confidence to dabble in WordPress had I not been introduced to HTML and CSS all those years ago. Being able to build websites has saved me a lot of money over the years. 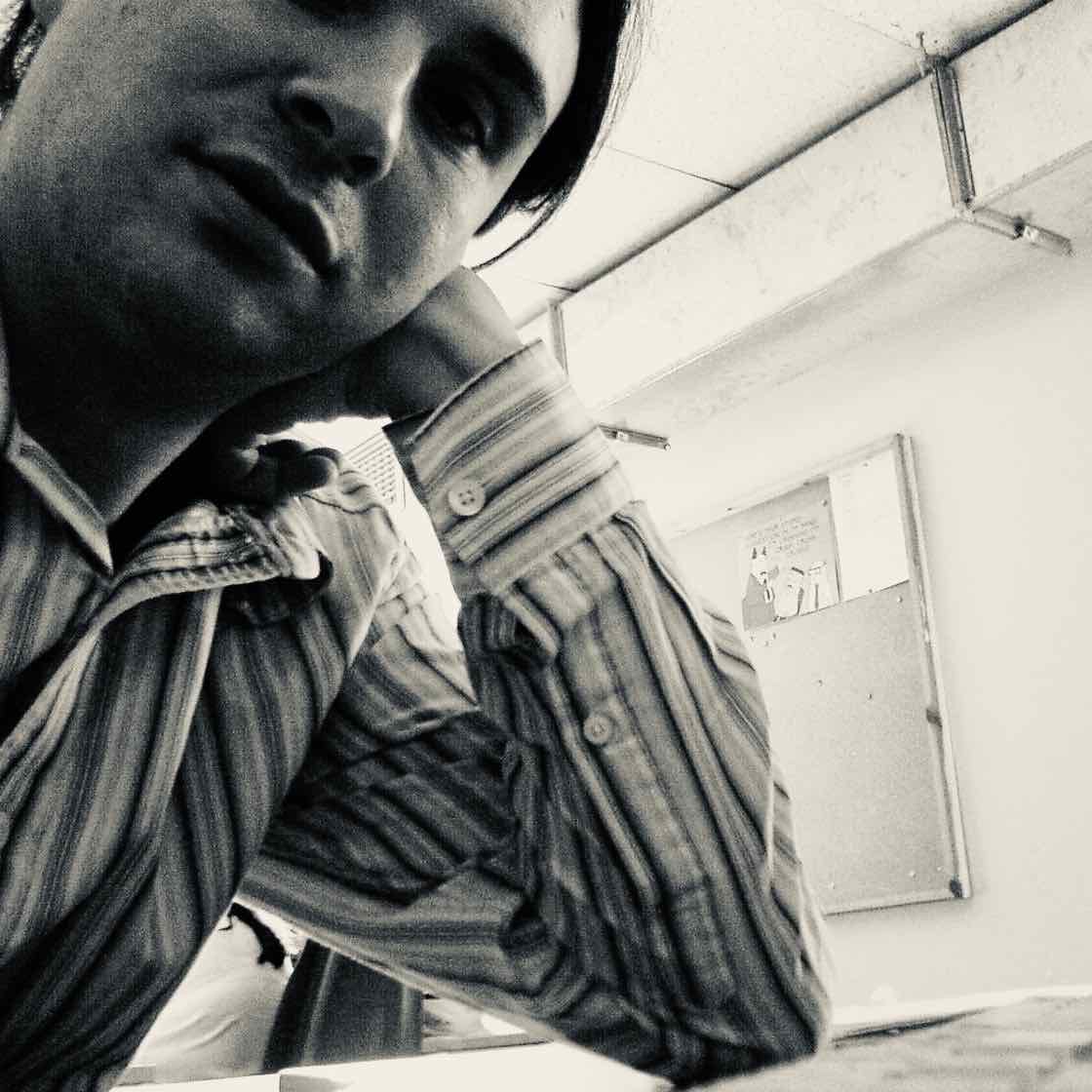 Is it worth all the effort?

Absolutely!  But that’s not to say it’s always easy. All these years later, it’s still tough being a private music tutor; the hours you tend to work are antisocial and limited (Mon-Fri, 4-9pm), takings are modest and sometimes you can go for months without an enquiry (although, that’s usually thanks to bad website SEO!) – but when it’s going well, it’s a great career.

Are you a private music teacher?  How did you get started?